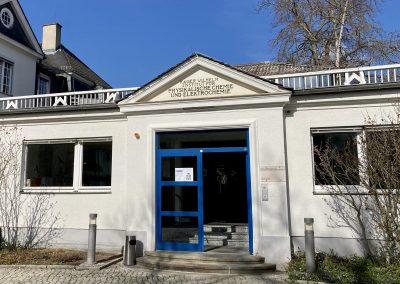 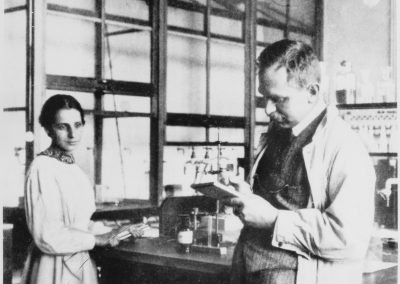 The Dahlem neighborhood earned the nickname “Berlin’s German Oxford” thanks to 15 Nobel laureates who worked here and helped establish its international reputation as an outstanding scientific center. From 1911, the “Emperors Wilhelm Institute” (“KWI”), which after World War II became the “Max Planck Institutes”, developed at breakneck speed in the fields of the Dahlem  farm. The institutes of science were created according to the so-called “Harnak principle”, which stated that an institute was founded around one extraordinary scientist. Breakthrough scientific discoveries and developments such as ammonia production by Fritz Haber or atomic fission by Otto Hahn were obtained here under exceptional laboratory conditions. Unfortunately, not all scientists remained apolitical and some were corrupted by Nazi policies, whether in research for the purpose of arming or collaborating in criminal experiments on human beings in extermination camps. The tour of the “Emperors Wilhelm Institute” tells not only the personal stories of scientists, but also the history of Germany in the first half of the 20th century.